Amy is in rehearsals now for the role of Destiny in The Hudson Theater’s production of “Salvage” in North Hollywood. Most exciting part? The character is pregnant too!

Big news! Amy and her husband are excited to be welcoming in the newest member of their family next March!

Amy is now being represented by FireStarter Entertainment!

Caroling season is now complete! What a blast it was performing with the San Diego Tinseltones all holiday season.

Its been a while since I’ve updated but look ma I did it! Now a proud member of Actors Equity!

Farewell and Bali Hai to “South Pacific” at San Diego Musical Theater. What a wonderful run!

The Sold Out run of “The Full Monty” at San Diego Musical Theater closed today! Here is a photo of Amy as Pam Lukowski opposite  Steven Freitas as Jerry Lukowski. 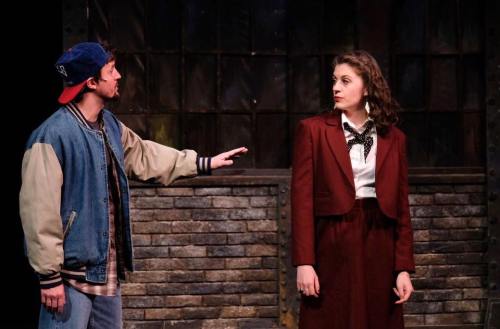 Home for the holidays and on a two week break between performances. Just completed playing Margot Frank in Moxie Theater’s production of “The Diary of Anne Frank.” What a gift to bring her story to life.

Happy closing to Amy and the cast of San Diego Musical Theater’s “Billy Elliot.” What a fantastic and memorable run.

and we are open! Come see Billy Elliot the Musical at the Spreckles Theater in Downtown San Diego. Tickets available at: http://www.sdmt.org 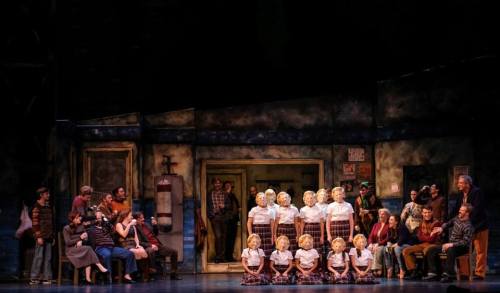 Happy Closing to Animal Crackers at Cygnet Theatre! What a great run!

On the Twentieth Century has been running to full houses! Check out this fabulous set by Sean Fanning

Happy Holidays! It is closing night of “A Christmas Carol” at Cygnet Theater and Amy is thrilled to have performed her understudy track at 3 performances!

Come visit Amy at Sea World this summer as Iris the Mermaid! 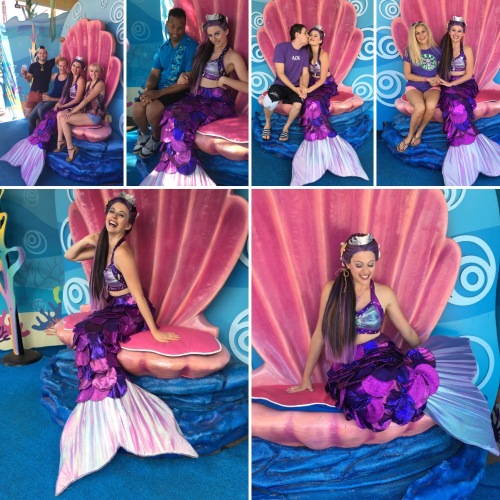 Amy is hard at work as the swing for two different roles in Lamb’s Players Theater’s production of American Rhythm.

Tomorrow is the first of two special benefit concerts of Hair at the Cygnet Theater in San Diego. Let the Sun Shine in!

Don’t wait- get your tickets for The Rocky Horror Show today! 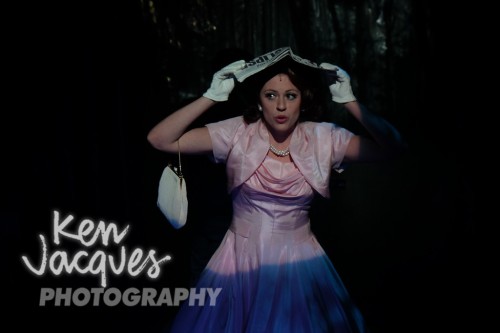 Here is the amazingly talented cast of The Rocky Horror Show at Cygnet Theater- knee deep in rehearsal!

Last night was the closing performance of “25th Annual Putnam County Spelling Bee” which Amy directed and choreographed in Thousand Oaks, CA. Thanks to everyone who came to the Bee!! Here is a photo of Amy (holding the trophy) with her amazing cast.

What an amazing night at the Rockwell Table and Stage in Los Angeles. Amy was thrilled to be playing Toby Walters in the Staged Reading of “Romy and Michele’s High School Reunion the Musical.” You haven’t seen the last of this show!

out this great article about the ladies of “The 25th Annual Putnam County Spelling Bee” at Intrepid Shakespeare Company in San Marcos, CA

It’s just about time to start RENT rehearsals in Thousand Oaks, CA. Amy could not be more ecstatic to be making her directorial debut with her favorite musical. 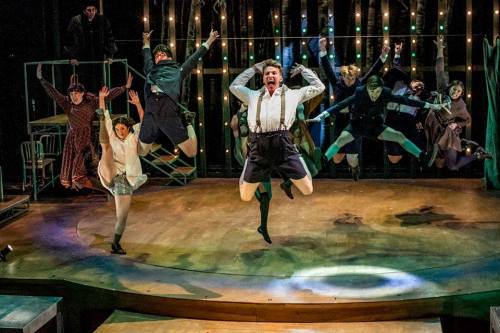 Rehearsals are underway for Spring Awakening at Cygnet Theatre in San Diego, California. Amy is very excited to be playing Martha!

Happy New Year! Get your tickets for Godspell- opening in less than a week!

Today Amy beings rehearsals for “Godspell” at the Hillcrest Center for the Arts in Thousand Oaks, California. She is grateful to do a show in the same city as her family which will enable her to spend the holidays with them this year.

For ticket information go to www.hillcrestarts.com

Today Amy read the role of Toby for a preliminary reading of “Romy and Michele’s High School Reunion the Musical” at The Shepard Studio at The Complex in Los Angeles.

A nearly sold-out run, “Of Thee I Sing” closes at the Theater at Monmouth to great praise!

“Of Thee I Sing” Cast

Last weekend of performances as Miss Benson in “Of Thee I Sing” at The Theater at Monmouth.

“Another of the familiar Gershwin songs that’s central to the plot is ‘Love Is Sweeping the Country.’ That number features fine vocals and tap dancing by Ned Donovan and Amy Perkins.” –David A. Sargent, Encore

Amy will soon be moving to Monmouth, Maine for the month of September where she will perform the role of Miss Benson in “Of Thee I Sing.” For more details visit: www.theateratmonmouth.org

Come see Amy Perkins as Monteen in Parade the Musical at Cygnet Theater in San Diego, California! The run is already half-way over and you don’t want to miss our on this is incredible production.

The Cast of Parade

Amy is currently in rehearsals for Parade the Musical at Cygnet Theater in San Diego, California. More details to follow but ticket information is below:

Amy is currently performing as a tap-dancing porter in On The Twentieth Century at The Theater at Monmouth in Monmouth, Maine.

Amy will be relocating to New York City this September and then returning to her home-state for Cygnet Theater’s Production of Parade March 8-April 29th 2012 in San Diego.

After the memorable performance of her one-woman show(case) Amy Perkins graduated from UC Irvine with her BA in drama, Honors in Musical Theater, and a 3.7 GPA! 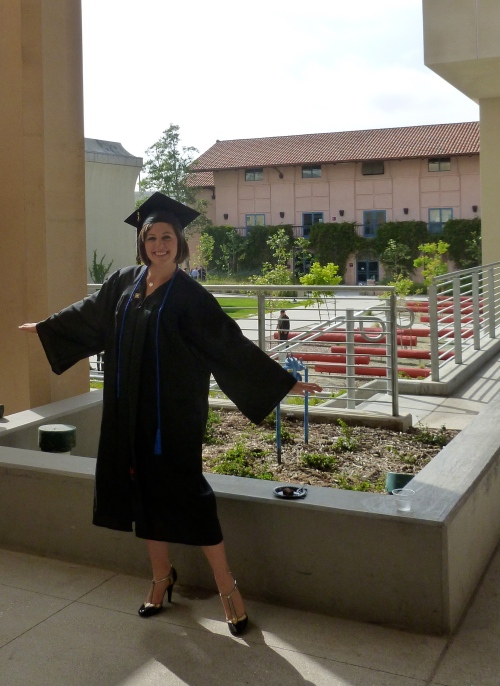 Amy will be performing next in:

ThE CrAzY SisTeR:
A
Build
From
Amy
One-Woman Show(case)

WRITTEN AND PERFORMED BY AMY PERKINS
with Myrona Delaney on Piano

Amy is currently writing her one-woman show which she will perform at UC Irvine on June, 8th 2011 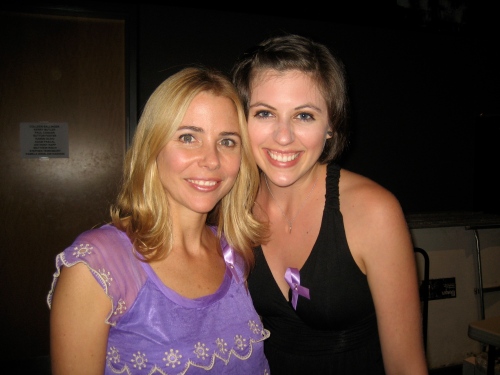 “It’s Christmas Eve, and Monica Ness, would just like it all to be over. Turning on her TV to escape the usual holiday hoopla, and the thought of another evening living next door to Steve, a neighbor she can’t stand, Monica’s apartment is suddenly invaded by the ghosts of Jimmy Stewart, Judy Garland, Bing Crosby and Natalie Wood, who miraculously pop out of their Christmas movies and through her TV screen in an effort to offer her a little holiday cheer, Hollywood style. Realizing that she’s not so easily cheered, the stars cook up a scheme which truly transforms Monica’s Christmas.” 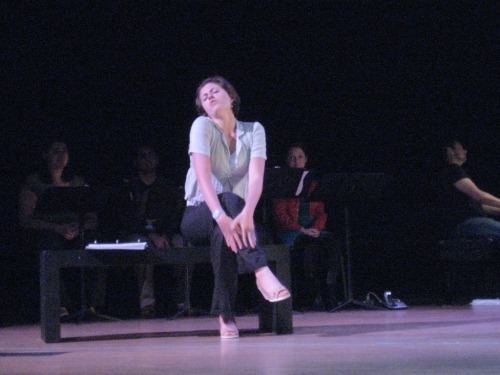 Originating the role of Monica Ness in “Black and White Christmas”

Come see Amy as Nicole in Aging Out: the Musical at the NoHo Performing Arts Center in Los Angeles.

This is Amy’s second time workshopping this incredible new musical. Check out facebook.com/agingoutthemusical to see what the buzz is all about.

Amy leads the cast in “Downward Spiral” from “Aging Out: the Musical”

“Andrew Lippa shows us what happens when all of these characters collide at the party-to-end-all-parties. The Wild Party spins us into a world of power, control, consumption, sexuality, and violence. Lippa has written a jazzy, compelling, and melancholy score that highlights the feeling of the 1920s: a time of freedom that borders on reckless abandon, when every part of social life has break-neck dynamism. Everyone has excess time and money to spend, an “I want more” attitude, and devil-may-care behavior. The Wild Party is a UCIrvine Premiere that is not to be missed.” 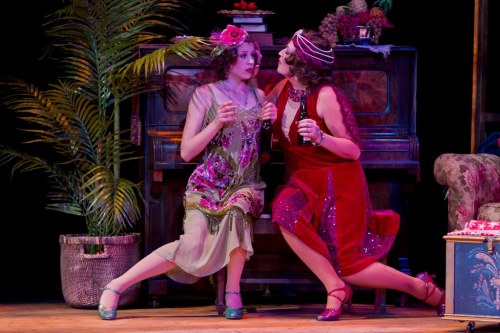 As Nadine in “The Wild Party”